Ubiquitous computing is a concept where computing is thought to be omnipresent, effectively "invisible", so that humans and computers are brought together in a seamless way. The progress of hardware and software technologies make it compelling to investigate innovative possibilities of interaction with computers.
We are exploring novel forms of interaction in interactive installations that use portable and low cost equipment. The Magic Surface is a system that transforms a regular surface (such as a wall or a tabletop) into a multitouch interactive space. The Magic Surface detects touch of hand fingers, colored pens and eraser. It also supports the usage of a magic wand for 3D interaction. The Magic Surface can run applications, allowing the transformation of a regular surface into an interactive drawing area, a map explorer, a 3D simulator for navigation in virtual environments, among other possibilities. Areas of application range from education to interactive art and entertainment. The setup of our prototype includes: a Microsoft Kinect sensor, a video projector and a personal computer.

The code developed by Alexandre M. S. de Sousa for his masters degree is open source and available on his Github: https://github.com/alemart/mestrado (readme is in Portuguese, but the code is in English).

You can find videos related to this project on Alexandre's YouTube page. 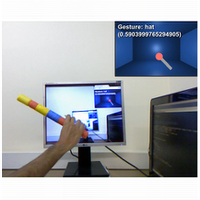 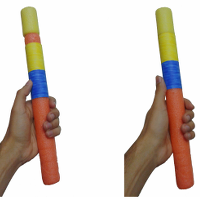 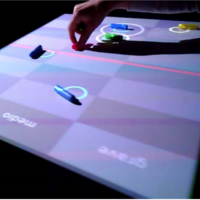 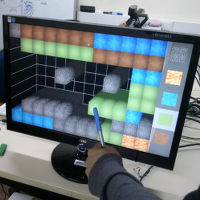